A big part of my candidate year for the AODA is poetry — learning to read it, write it, and appreciate it. I admit that when I was younger I considered most poetry that I read to be too old, too pompous, too idiotic, and too cynical; but now that I am getting older, more pompous, more idiotic, and very slightly more cynical, — well, I admit it, most poetry still seems old, pompous, idiotic, and cynical. 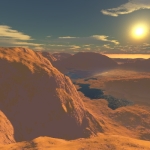 There is some new, down to earth, sensible, inspirational poetry out there, but it doesn’t appear in poetry magazines. I don’t pretend to know why this is, but if I had to guess, I’d say it was rooted in the reproductive urge. The male poet (and, yes, most published poets are still male) who wishes to find a mate must show some evidence of his vitality and virility; and writing hard, gritty poems about the hopelessness of the human situation might be a way to do this. But I’m just guessing.

What interests me most, as a linguist, about the history of poetry is the search for a poetic form that fits the cadence of English. Classical poetry of the Greeks and Romans was written such that each line had a certain number of syllables; “pentameter” meant five syllables per line. Another metric was to have a consistent number of long vowels per line; in this case, “pentameter” meant five long vowels per line. Neither one of these forms is well-suited for English. English does not have much of a long vowel/short vowel distinction, and while it does have syllables, the syllables to not come at a steady rate. Consider these two lines of syllabic pentameter:

Do these two lines seem in any way equivalent? They’re both five syllables, but they are not, and cannot be, equivalent lines of English poetry. The second line is much longer — it takes much longer to read and say — and its rhythm is five pounding stresses. The first line is a single mouthful of a word, with only two stresses, the second one much stronger than the first. In fact, it takes about the same amount of time to say “Parliamentary” as it does to say “ten big”.

Here’s the secret, which was discovered by Chaucer and his contemporaries: English is a stress-timed language, not a syllable-timed language. Latin and Greek are syllable-timed: each syllable takes about the same amount of time to speak, so any two lines of five syllables would be equivalent in length. But English is stress-timed; the only real measure of line length is the number of stressed syllables. A line of pentameter in English verse has five stressed syllables, and usually between seven and 12 syllables total.

This is what drives me crazy about haiku.

Haiku is a beautiful form, tiny, delicate, and oh-so-Zen. But its form is not suited to English at all. Japanese, the language that haiku was invented for, is syllable-timed; so even though the three lines of a haiku are not the same length in Japanese, at least every Japanese haiku as an equivalent form. Not so with English haiku! For some reason, writers of English haiku think they’re writing in Japanese, so they hold fast to the Japanese syllable counts. It’s like trying to fit a kimono across the shoulders of on Iowa farmer — it just won’t fit. The result is a bunch of English pseudo-haiku that sound like the poet was trying to write cutesy free verse and failing.

The solution, of course, is to write stress-timed haiku. Instead of having lines of five, seven, and five syllables, you need lines of 5, 7, and 5 stresses. Read these haiku for comparison.

Holding up it all
The world tree is a pillar
Leaves dappling life.

The long years of youth are blowing leaves
The next are short burning brands, frenzied, golden, alight
Then rich soil, a pipe, and a home by the sea.

I don’t know if there’s any artistic merit there. But it sounds more like English than the syllable-timed haiku; and it sure is fun.