Sacrifice comes from Latin sacrificium, meaning “sacred action” (from sacra, “sacred”, and ficium, “to do”). It was used to refer to the performance of any priestly duties. Since these duties almost always involved giving something to the gods, sacrifice came to mean, first, giving something up to Spirit, and then later (in the late 1500’s in English) giving something up in general.

As for sacra “sacred”, it derives ultimately from Proto Indo European sak, meaning “sanctify”; and it is the basis for consecrate, sacerdotal, saint, sanctum, sacrosanct, and sanctify.

Sacrifice’s primary syllable, sac, is identical with that ancient Proto Indo European root sak from 8,000 years ago. It indicates directed, balanced energy (”sa”) pouring into a container (”k”); metaphorically, then, the energy is the sacrifice, and Spirit is the container. The same phonosemantics work for the rather more mundane word sack.

Thanks to Erik for suggesting this word of the day.

When I first thought of researching this word, I assumed it was related to religion (religious -> (sac)rilegious?), but in fact they’re not from the same source at all. Sacrilegious is derived from sacrilege, which is from Old French and originally meant “stealing the sacred”. This came from Latin sacreligium, “temple robbery”, which in turn comes from sacrum (sacred) plus legere, “to take” or “to pick up”. Legere is related to lecture, logos, lexicon, law, and other words having to do with collections of words (words that are “taken” or “picked up”).

But as far as the sounds of the words religious and sacrilegious, they are completely identical, except that sacrilegious has a prefix sac-. I haven’t yet done religious as a word of the day, but the basic thrust of the word’s energy is of a light-filled volume compressed through a doorway, and perhaps a judgment. Meanwhile, the sac-, the same as the primary syllable of sacrifice, indicates directed, balanced energy pouring into a container. In the case of sacrifice, the energy is from the sacrifice itself, and Spirit is the container; but in the case of sacrilege, the energy is the sacred Spirit, and the container is the thief’s pouch.

From Proto Indo European sol, “whole”; thus the original meaning of savior is “one who makes whole”. Sol is also the ancestor of solid, sage (the plant), salvage, and soldier.

Sol’s accusative form was solwos, which descended into Latin as salvus, “uninjured, healthy, safe”. The verb form of this adjective was salvare (”make safe, make secure”; notice salvation hinted at there), and the nominal was salvator (”one who saves or preserves”). This became sauveour in Old French, and savior in English by 1300. It was used from the beginning to refer to Jesus Christ. Notably, before savior was borrowed from French, Jesus was referred to as the Haelend, a native English word meaning “healer”.

Both save and savior acoustically indicate a strong, directed energy, spread over a wide area, that is pushed through a narrow opening. Like the similar-sounding savvy, the implication seems to be of gaining control over something. The second syllable “ior”, pronounced “yer”, indicates the power of an agent — someone doing something. Further, the presence of the “y” hints at a positive, almost youthful presence (compare saver, which has no “y” sound). 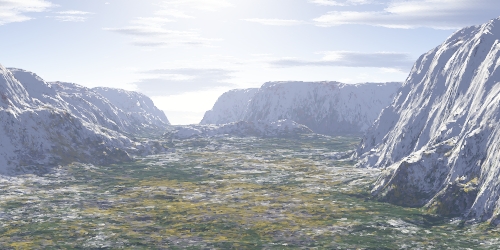