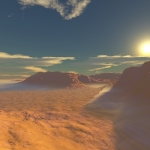 From Proto Indo European gal, “to shout, shriek, call out”; it’s the ancestor of clatter as well, and, oddly enough, glasnost (which is derived from an obsolete Russian word for “voice”). In Old Norse gal became kalla, “to cry loudly”, which became ceallian in Old English.

Once in English it began a strange adventure in meaning shifts. From 1250, it came to also mean “to name”, and the meaning “to visit” shortly afterwards. The sense of calling as a vocation is derived from the King James bible, I Corinthians ch. 7 v. 20: Let every man abide in the same calling wherein he was called.

“cl” is a container filled with light or air; the addition of the short “o” attaches that container to the spiritual Source energy. It’s perhaps a metaphor for the large, energy-filled, vibrating volume created by our mouths, throats and lungs when we call out — and the sense that these self-created vibrations expand to fill the world around us, as well.

Thanks to Ali for suggesting this word of the day. 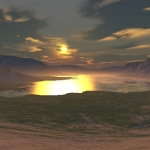 Choir is from Proto Indo European ghoro, which came into Greek as khoros, “band of singers”. In the great Greek tragedies, the khoros gave voice to the moral and religious sentiments going on in the play. Khoros was borrowed into Latin as chorus, meaning “choir”; and from there it descended into Old French as quer, “choir of a church”. In about 1300 quer was borrowed into English as quyre. As spelling was standardized in the 16th and 17th centuries, quyre was changed to choir to reflect the old Latin spelling.

The phonosemantics of choir suggest a contained, controlled, willful energy that is expressed in a roomy, expansive, artistic manner, with great power.

With coarse rice to eat, with water to drink, and my crooked arm for a pillow – is not joy to be found therein? Riches and honors acquired through unrighteousness are to me as the floating clouds.

Confucius was born Kong Qiu (roughly — Chinese translates poorly to western characters) in the Shandong Province of China around 550 BC. Legend has it that he came from a rich family that had fallen on hard times, and spent most of his life working various tradesman jobs. In later life he began speaking, teaching, and traveling widely in China, espousing his philosophy. At that time he began to be called Kong Fu Zi, “Master Kong” (note the zi element, which is identical with the zi in Laozi (Lao Tzu), “Old Master”).

His writings came to the attention of the West in the 1600’s through Jesuit translations of Chinese works into Latin. Kong Fu Zi was Latinized as Confucius.

The original Chinese Kong is a common family name, one which, like English king, is a container of energy — “k” is a container, and “ng” is too, but one that is more active in gathering energy to itself. The word Fu Zi “master”, which combines zi with a somewhat obsolete prefix fu, has a sense of directed control, and one that derives from the free action of the master (”f”). Together, the names suggest a master of contained energy.