Boycott is an eponym, a word derived from the name of a person. In this case the unlucky individual was Captain Charles Boycott, who was an English landholder in Ireland in 1880. He owned many, many square miles of Ireland, but didn’t live anywhere near his holdings, and charged exorbitant rent to the Irish families that had been living on that land for thousands of years. In September of 1880, shortly before the harvest was due to be gathered, many of his tenants demanded that he lower their rents; but instead of doing so, he expelled them. In return, the Irish Land League, a union of farmers and other concerned citizens, organized a boycott of Boycott: no one was to do any business of any kind with him. He was completely ignored by his workers, his personal servants, local businessmen, and the post office. He could not buy anything from shops, and people would not even sit near him in church.

In danger of missing the harvest, Boycott somehow managed to get some 50 people to agree to work his tenants’ fields. He hired protection for them, fearing that they might be assaulted; but this backfired, because it ended up costing ten thousand pounds to harvest £350 worth of potatoes. After the harvest, the boycott continued. By November, the incident was so famously known that the name boycott began to be used as a verb in its own right in newspapers, with the meaning it has today.

In December, Boycott and his family left Ireland for good.

Boycott’s family name comes from a village in Buckinghamshire, most likely meaning “boys’ cottage”, a small house for servants.

The sound of boycott suggests a burst of energy that is both earthy and intellectual, which leads to the drawing forth of Source energy and setting it in motion. It may be that Boycott’s name was so readily adopted as an eponym because its sound lent itself nicely to the movement he unwillingly instigated.

A word created by Lewis Carroll for his poem, Jabberwocky, which begins:

‘Twas brillig, and the slithy toves

Did gire and gymbol in the wabe;

All mimsy were the borogoves,

And the mome raths outgrabe.

(Be sure to note the pronunciation guide in the Wikipedia article.) Carroll had a lifelong love of nonsense — or at least, things that appeared to be nonsense — and his poetry contains many excellent examples of it. Carroll wrote inspired nonsense: things that seem like they ought to make sense, but somehow don’t; or things that appear not to make sense, but become more sensible the more you think about them. Whenever anyone asked him what his “nonsense” poetry meant, he had a ready reply: “I don’t know.”

His manner of working was instructive. His poetry apparently came to him one, two, or a few lines at a time, often out of order. The first line of The Hunting of the Snark that “came to him” was the last line: For the Snark was a Boojum, you see. He knew immediately that it was indeed the last line, and he would have to wait for other lines to come to him so that he could find out what came before that.

He loved to make up words, frequently by combining existing words, but sometimes out of whole cloth. Brillig is a time of day, about four o’clock, the time you start broiling things for dinner. Brillig sounds a little bit like the word broiling, especially if you imagine it worn down with use in an unaccustomed context. The -ig ending also suggests a frequent suffix in German, as in fleischig, “fleshy”. Phonosemantically, brillig might be better suited to a brighter time of day, such as the morning, since it shares its primary syllable with brilliant, indicating a sudden burst of tight, high energy that fills an area with light.

Buddha, the title of Siddhartha Gautama, the 5th century BC founder of Buddhism, means “the one who is awake, aware, knowledgeable, enlightened.” It comes from the Pali verb budh, “to know, to be awake, to percieve”, which ultimately comes from the Proto Indo European root bheudh, “to be aware” or “to make aware”. This root is also the ancestor of bid, forbid (and German verboten), bode (as in “this bodes well”), and ombudsman.

In this connection, this famous dialogue of the Buddha’s is very interesting:

The Buddha passed a man on the road who was struck by the Buddha’s radiant and peaceful presence. The man asked, “What are you? Are you a god?”

“Then what are you?”

Notice that since budh means “be awake”, the Buddha simply said, “I am buddha.”

The word Buddha begins with a burst of fast, easygoing energy, which passes through a doorway to reach the Source energy. At least, this is the pronunciation in English. In Pali, Hindi, and other related languages of India, the “dh” indicates an aspirated “d”, i.e. spoken with a puff of air. I don’t know how this changes the meaning of the “d”, but it is phonetically somewhere between the English “t” and “d”, so perhaps it may be thought of as being somewhere between a doorway and a pathway. 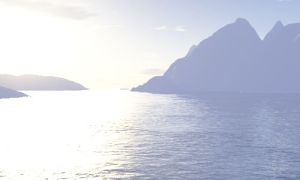