In Tolkien’s cosmology, Arda means the Earth, as well as the sun and the moon and the stars. It is not Eä, all which is, because it does not include the realms of the Ainur (angelic/godlike beings) and Eru, the One. In the beginning times, Arda was flat, and there were no heavenly bodies. All was dark, until Aulë the Smith created the Two Lamps to provide light. At that time, Arda became green with growing things. After the Two Lamps were cast down by the treachery of Melkor, Arda was plunged into darkness; but after many ages, first the stars, and then the sun and moon were placed in the sky. During the great war in which Melkor was captured and chained, Arda was broken and curved into a sphere, as it is today.

In Tolkien’s linguistic world, Arda is a word in Quenya, the first and purest language spoken by anyone in Middle-Earth. Quenya was devised by the Elves when they first awakened, and it is said that their first word was el, an exclamation of awe at the sight of the stars. The generic word arda means “region” in Quenya. Given Tolkien’s linguistic expertise, it can hardly be a coincidence that arda is so similar in sound to yard and garden, both of which derive from Proto-Germanic garda, “area”, “enclosed space”. He may also have been trying to suggest Earth (cf. Gmc. Erde). The sound of Arda suggests deep and strong connections to the Source energy — it both arises from it, and returns to it again — and decisions, doorways, which reflect its abiding transformations, as well as its transformative influence upon those who dwell within it.

Ultimately from Arabic hashsha, “dried up”. Derived from this was hashish, “powdered hemp”, and a user of powdered hemp was a hashishiyy. During the time of the Crusades, a notorious Mulsim sect under the leadership of Hasan ibu-al-Sabah became widely known for intoxicating themselves with hemp and murdering their political and religious opponents; they were known as the Hashishiyyin, the “hashish-users”. Such was their infamy that tales of their exploits were carried back to Europe with the returning Crusaders, along with their name, distorted through Italian and French into assassin. The word entered English in the early 1500’s.

The primary syllable of assassin is “sass”, with its balanced, sensual, directed power. The syllable afterwards, “in”, indicates that the energy is narrowed toward a target. It’s a marvelous thing to find a word that so obviously fits its meaning so perfectly! 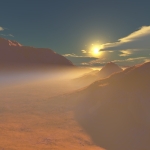 Beauty comes from the Proto Indo European root deu, which according to my American Heritage meant “to do, perform, show favor, revere”, though it’s beyond me to know how one root could mean all those things. It’s the ancestor of Latin bonus “good”, which gave us everything from bonanza to debonair, and others such as benediction, benefit, belladonna, embellish, and benign. From Latin it went to Old French as biaute, and entered Middle English as beaute.

Beauty starts out with a bang (”b”) and quickly hits a second consonant, “y”, even though you’d never guess it from the spelling. (Without the “y”, of course, beauty would just be booty.) The “y” gives the explosive “b” the additional qualities of energy, trust, and youth. This vibrancy is fast, flowing easily (long “u”), and resolves with a call, a temptation, a path forward (”t”). The last syllable, a long “e”, extends the energy without end.

Beauty, then, is something that bursts upon you (no wonder we sometimes call something beautiful striking!) and carries you away — calling to you, tempting you forward, into infinity. 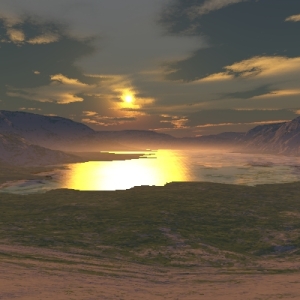