Mine eyes have seen the glory of the coming of the Lord:
He is trampling out the vintage where the grapes of wrath are stored;
He hath loosed the fateful lightning of His terrible swift sword:
His truth is marching on.
I have seen Him in the watch-fires of a hundred circling camps,
They have builded Him an altar in the evening dews and damps;
I can read His righteous sentence by the dim and flaring lamps:
His day is marching on.
I have read a fiery gospel writ in burnished rows of steel:
“As ye deal with my contemners, so with you my grace shall deal;
Let the Hero, born of woman, crush the serpent with his heel,
Since God is marching on.” — The Battle Hymn of the Republic, Julia Ward Howe, 1861

This weekend I was at the Feast of Lights, and heard a wonderful presentation by Andras Arthan on the last remnants of indigenous religions in Europe. As Arthan pointed out, European indigenous cultures were wiped out or absorbed by the Christian cross, starting with the Romans and carried forward by the various kingdoms that were born of the empire’s collapse. The European indigenous cultures were the first to succumb to the worldwide scourge of Western imperialism and corporitism that continues today. Arthan was unambiguous in his indictment: Christianity is to blame for these atrocities. And it was clear that many in his audience agreed with him.

Our history as a species is soaked in the blood of innocent people, martyred and murdered. This did not begin with Christianity, but a terrible tale of slaughter was carried out under its flag. When the Roman Empire became Christian, paganism was declared illegal, with draconian punishments for those who refused to see the Light. Pagans were rounded up and converted at swordpoint, and those who refused to convert were sometimes laid in mass graves. Temples were burned or torn down, and sacred trees were toppled.

And that was just in the first hundred years. After the empire fell, its Christian progeny fought among each other — most of them vying, in the name of God, to inherit the glory of Rome. Crusades were launched, not only against the Muslims, but against the heathen peoples still clinging to their religion in Eastern Europe, and even against Constantinople, a Christian Orthodox city. Children were stolen away from their parents and reared as Christians. The Holy King of Nation A, champion of the One True Church, fought the blessed / accursed armies of the Holy King of Nation B, each urging their soldiers to smite the heretics with God’s own fury. And indigenous peoples from Ireland to Australia were butchered, rounded up, enslaved, re-educated, and re-acculturated, in the name of Jesus.

In the name of Jesus!

And oh, it doesn’t stop. I myself — raised Zen Buddhist in the Bible Belt — was forced to pray in a public school. Even today, children are taken away from parents because they ‘worship the devil’; the dead are still denied the right to be buried under their religious symbols; and all sorts of ungodly things are prohibited by law (certain kinds of marriage, certain kinds of sex, certain kinds of surgery and medicine, etc.). Under the Christian cross.

Put your sword back into its place;  for those who live by the sword, die by the sword. —Jesus; Matthew 26:52

Is Christianity to blame?

Blessed are the peacemakers, for they shall be called sons of God. — Jesus;  Matthew 5:5-9

Before Christianity became the official religion of the Roman Empire, it was outlawed, and its believers were sometimes persecuted, jailed, or killed. Why? Because they refused to worship the Emperor, and therefore they were a threat to the power of the empire. They broke the empire’s laws, gathered and demonstrated, and roused the rabble, all of it undermining imperial power.

I am a soldier of Christ; it is not lawful for me to fight. — Saint Martin of Tours

After Christianity became the official religion of the empire, paganism was outlawed, and its believers were sometimes persecuted, jailed, or killed. Why? Because they refused to believe that the emperor had been chosen by God, and therefore they were a threat to the power of the empire.

Empires really don’t give a damn what you believe, as long as you do what they say.

And so temples were burned or torn down, and sacred trees were toppled, not because they were pagan, but because they threatened the interwoven power structures of Church and Empire. After the empire fell, its Christian progeny fought among each other, wielding the name of God, but really lusting after the power and wealth and land of Rome. Crusades were launched, not to convert the heathen, but as an excuse to rape and plunder. And indigenous peoples from Ireland to Australia were butchered, rounded up, enslaved, re-educated, and re-acculturated, not to save their souls — just to grab their land and gold.

Pride, greed, lust, wrath, gluttony, envy, sloth: Christianity did not bring these evils into the world. Christianity is not an evil religion. Christians are not evil people.

“Love your enemies, do good to those who hate you, bless those who curse you, pray for those who abuse you.” — Luke 6:27
“See that none render evil for evil to any man; but ever follow that which is good, both among yourselves, and to all men.”  I Thessalonians 5:15

Today Christianity is still exploited by the rich and powerful. School prayer, Satanism, gay marriage, safe sex, and abortion are rallying cries, not because those oh-so-holy charismatic leaders believe in anything, but because they hunger for power. Christianity, twisted and sharpened unrecognizably from its original form, is just a handy sword.

Speaking as one who has never been Christian, but who has known many Christians and sometimes been treated poorly by them, I think the atrocities are more likely to stop if Christianity — the Christianity of peace, goodwill, and love for its enemies — is strengthened, not weakened.

(Hat tip to Cat Chapin-Bishop of Quaker Pagan Reflections for inspiration, discussion, and overall awesomeness as a human being.) 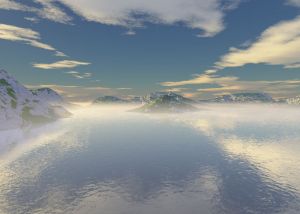