When I first laid eyes on the Dream Master, he was Death. 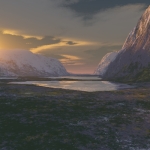 In meditation, I had rowed my boat out to the Island of Smoke (a place in my Inner Landscape where I frequently go to ask things of gods and spirits), and docked it in its usual spot along the rocky, pine-forested shore. It’s a short walk up the sandy path to the clearing where I light virtual fires and give virtual sacrifices, calling to the great ones to hear my pleas and grant my prayers.

Who is the Dream Master? Easily told — he is the one who brings dreams. Maybe you know him better as the Sandman. He decides what dreams you will have, and when you’ll have them. He is your guide through the one third of your life you spend asleep.

I’ve had an odd relationship with sleep for the past few years. I tend to do pretty well with it — I fall asleep easily. Then I stay asleep a good long while (usually eight or nine hours). I can frequently “program” myself to wake up at a time of my choosing (though not so reliably that I can give up my alarm clock). I can nap for fifteen or twenty minutes and wake up completely refreshed. For about 15 months, I was polyphasic, getting by on as little as three or four hours of sleep per day.

However, I don’t do much work with my dreams — I’m not a lucid dreamer, and usually the meanings of my dreams are pretty mundane. I get a lot more out of meditation.

Nevertheless I had been wondering about the Dream Master for a while, off and on, before it occurred to me that I could try to meet him in “person”.

I’d been mentally preparing for this interview for days, so when I had the ritual fire going, the Dream Master appeared almost immediately. But when he came, he looked exactly like the classic cartoonish form of Death — midnight-black cloak, skeletal hand holding a skeletal scythe, empty eye sockets staring out from under the hood — the whole deal.

And Death began to change before my eyes. He shrank about a foot in height, so that he was actually shorter than me. His black cloak became brown, and opened to reveal a khaki tunic. The scythe shrank and twisted into a regular wooden walking stick — albeit with a bit of a wicked hook on the end. The skeletal hands became fleshy and warm-looking. His hood fell back, and his skull faded away, replaced by a rather wide, friendly face, with a stubby nose and chin. He was mostly bald, but what was most striking about his head were the two huge gray spiral horns that came out of his temples and curled around his ears.

And what was the meaning of this? It came to me in a flash: sleep IS death — a little death, a mini-death, a manifestation of death, a friendly death.

I wasn’t sure if this made Death a little less fearsome, or if it made Sleep a little more spooky.

At first the eyes of the Dream Master blazed black flecked with stars, like the eyes of Apollo. But then they faded into a sparkling sky blue. He smiled, and walked over to me, and sat down by the fire.

I offered him a gift — a pearl of good will — and he took it politely.

“Ok,” I said. “The obvious question. What is going on with you and Death?”

“Death is change,” he said. “Every time something changes, it is death — death to the old, birth to the new. Sleep: sleep is the same. When you go to sleep, you are laying down your old identity, and walking the path that takes you back to the Source. How far you go — that’s up to you. But you can’t walk that path without changing yourself — sometimes changing quite profoundly. The self that returns to the body in the morning is not the same self that left. You have died and been reborn. It’s like reincarnating back into the same body again.”

“In fact,” he continued, “real personal change can’t really happen unless you walk that path back to Source. The real changes happen back at the Source, not out in the physical waking world.”

“So,” I said, “if something traumatic happens in your life, something that initiates a profound personal change…”

“It won’t really ‘take’ until you’ve slept on it,” he said. “Or meditated on it, or had a vision, or otherwise left the waking, present world. Your self has to leave the ego-center in the ‘real’ world, to give up a part of its self-ness, to die a little death, before it can change.”

“Amazing,” I said. “And this is the same kind of thing that happens when your body dies?”

“Absolutely. But much more profoundly, of course. The body provides a very real anchor there, with its rhythms and habits and tics and so forth. In fact, sometimes you can experience a profound change while you’re asleep, but when you wake up, all the habitual patterns of everyday life drag you right back to where you were.”

“Well, you could say that. At that point, you’ve re-adopted a personality that really should have died the night before. If you wanted to be dramatic, you could say you’re the walking dead. But it’s extremely common, and you usually get past it eventually. Or the body dies, and forces you to move on.”

“They represent my connection to Spirit,” he said. “Like antennae. The spiral form is the journey of sleep, the path back to Source.”

“There’s definitely a connection there.”

“Can you say a little bit about the symbols in dreams?”

“They come from all over. Most of them come from Source, the universal subconscious. You go wandering around in that vast kingdom, and you turn up all kinds of things. But you also bring certain symbols with you, and reuse them again and again — personal tropes, you could call them. If you want to interpret dream symbols, you can use those dream symbol encyclopedias, but pay attention to your own intuition. If you dream of a snake, and the book says a snake means — I don’t know — intestinal disease, and that sounds crazy to you, then it’s not the meaning for you personally. You have to find a meaning that feels right.”

“Can you tell me something about sleep patterns? Why do people need so much sleep?”

“That’s a body thing. You can — if you get in the habit — get just as much spiritual and mental benefit from a short nap as you do from a full night’s rest. But the body prefers to shut down for most of the night, since it’s used to that, and doesn’t like to be active at night.

“If you want to feel rested, there are two important things. First, don’t get woken up — wake up when you’re good and ready. If you get woken up when you’re working somewhere out in the Source wilderness, you get jerked back when you’re in the middle of forming your new identity, and there’s a much greater chance you’ll just revert to your previous personality. It’s basically wasted sleep, then, from a spiritual standpoint.

“Second, take naps. If you start getting tired, listless, you can’t focus — you know, sleepy — it means your current personality is exhausted and ready to change. The best thing is to disengage from life. Take a nap, and come back when you’re ready.”

“Not many people can just drop everything and take a nap whenever they want, though. And most people need alarm clocks if they want to keep their jobs, and get the kids to school on time.”

“That’s not my department,” he said, smiling.

“Ok, one last question,” I said. “Nightmares. What are they about?”

“When you wander in Spirit,” he said, “dreaming, you are dipping into a vast resource. All sorts of things are in there — good things, bad things, happy things, scary things. As in life, as in death, as in sleep, you will encounter things that match your mental state; you will draw things to you that mirror your own self. If you start to get scared, if you latch on to fear, then fearful things will find you. And of course, the more you fear them, the stronger they get.

“So unless you take some conscious control, the dream will get worse and worse until you freak out and wake up. It’s a forced wakening, so usually nightmares don’t leave you with a new fully-formed personality, ready for the new day. It’s best to go back to sleep, if you can, and try to wrap up your unfinished business.”

“What about sleep and children?”

He smiled. “Children are a special case. When children are born — incarnated — they do not carry with them everything from their past lives all at once. Only a small part of them enters the new body. As they grow and age, more and more of their past lives and selves join up with them. And this incorporation of the old and the new happens during sleep, of course. Frequently events of their past lives will be echoed in events in their waking lives, but sleep is when they will put everything together into their identity. They will often dream of their past lives — occasionally as literal memories, but more often as impressions and feelings.

“As a parent, you know that, sometimes, the child who goes to sleep is very different from the child who wakes up. The same is true for all of you, but especially for children.”

And at that point in the meditation, I began thinking about my children, and my own experiences, and lost the thread of the conversation.

I wonder if I will have any trouble going to sleep tonight. 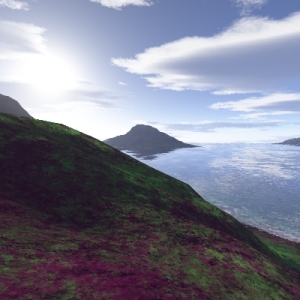