In the previous post in this series, I discussed the Catch-22 we face in the 2008 US presidential race — two candidates that, in the overwhelmingly essential foreign policy arena, differ only in which kind of innocent people they feel it necessary to slaughter. It is possible to choose some other candidate entirely, and that would make it a lot easier to sleep at night. Unfortunately, because of the way the Constitution is set up, if everyone voted for the candidate they really believed in, the president would not be chosen by the people, but by the House of Representatives. That would be at least as horrible as the present system. In this article, I’ll point up some other difficulties with the US Constitution, and what it means for this voting season.

Rule by the Majority?

First off, the Constitution describes a Republic, i.e. a government made up of individuals that are chosen by majority vote to represent the voting population. And certainly majority vote is better than, say, minority vote. Isn’t it?

If you want GOOD government, majority rule is a rotten way to get it. Most people have no expertise in running countries (why should we? We’re working hard enough on their own lives, thank you very much!), and have no business choosing national leaders. I definitely include myself in that group. I have no idea how to pick someone who would really do a fantastic job running the United States. I have very little idea of what the job entails. I have no time to get degrees in government, economics, military strategy, and the rest, which is what you really need even to CHOOSE the president. If you want GOOD government, it should obviously be chosen by a team of experts.

Unfortunately, even if you assume you could assemble a team of experts that weren’t bribable, and really had the best interests of the country at heart, and were never, ever swayed by temptations of personal gain… even such a mythical team of experts wouldn’t really know who to choose. The US Government is so huge, so unwieldy, and so powerful, that no one could really run it well. Regardless of who’s in charge, it can be nothing better (and usually is much worse) than a machine that takes essentially random actions.

If you want FAIR government, majority rule is a rotten way to get it. Majorities will very, very rarely be fair to minorities. The framers of the Constitution tried to protect minorities by setting provisions in place that would paralyze the government if minorities were treated too harshly; but if the minority is too small to have a voice at all (as with Native Americans), or if the injustice is already entrenched (as with the drug war), it’s almost impossible to fix it. Also, of course, the US government is really controlled not by a majority of people, but by a majority of dollars; and this is exactly what the rich white male framers of the Constitution wanted.

If you want STABLE government, majority rule is a good way to get it. There will rarely be revolutions or civil war, because most people think that they control the government already. But what good is a stable government that isn’t good or fair? It’s simply a permanent, stable tyranny of idiocy.

Many people will agree with everything I’ve said, but still think that majority rule is really the only viable option. The alternatives of monarchy, oligarchy, plutocracy, dictatorship, etc., all seem much worse. Frankly, I’m not sure that’s the case — frequently these systems will lead to GOOD government that’s relatively STABLE, but UNFAIR. Two out of three may be better than one out of three. My personal preference would be for a government that scores highly on all three — or no government at all.

Another problem I have with the Constitution is that no one ever asked me if I wanted to participate in the first place.

It says right in the Declaration of Independence: governments derive their just powers from the consent of the governed. Well, no one asked ME. I hereby do not give my consent! The US government has no just powers over me! Can I keep my tax money now? I need it to educate my children.

And you’d better believe that I HAVE considered moving out of the country.  I may yet someday.  For now, it’s too expensive to move, and it would be too disruptive to the family.

If the Constitution provided a framework of good, fair government, you might argue that although it’s unjust, at least it’s for the practical good of everyone. But tell that to the Indians, the African Americans, the victims of the military draft…

It’s tyranny of the majority again.

It’s bad enough that the rule of the US government is unfair, unjust, and inept. It also contradicts fundamental tenets of my religion — in fact, of most human religions.

Personally, I believe very strongly in the right and duty of all of us to fully exercise our free will — and fully suffer the consequences of our actions. It’s the quickest and richest way for us to learn. A government that steps in by force and restricts our actions is one that stunts our growth as individuals and as a society.

The Constitution also violates the Wiccan Rede: “An ye harm none, do what ye will.” Of course, there are hundreds of federal and state laws that violate this (see: the drug “war”), but even levying taxes violates this code.

The Constitution even violates basic Christian, Jewish, and Buddhist tenets, for, among many other things, it gives the president the right to call up troops to go and kill people. Last I checked, murder was still officially prohibited among all of these religions.

And oh yes, yes indeed: it is still murder if a government orders you to do it. If you kill someone, you are personally responsible, even if you’re acting under orders. Your nightmares and your tattered soul will tell you the very real spiritual price you’ve paid for that murder.

I refuse to be a party to that abomination.

And Therefore I Will Vote For…

No one. I simply cannot, in good conscience, vote at all. I can’t participate in a system that is so unfair, inept, and spiritually bankrupt and corrosive.

I’ll be showing up at the voting booth, but only because Massachusetts has a ballot initiative to abolish the state income tax. That’s worth voting for.

And so I’ll join the 60%+ of Americans who choose not to vote. These citizens rightly feel that there are better things they should be doing. After all, surely it is better to take time to go to your job, which provides for your family and society, or go to church, or even just go to the park and relax — better to actively provide for yourself and others, than to go into a voting booth and sign your name on wickedness, depravity, and injustice.

People say that these 60%+ nonvoters are apathetic. I’d say that they have their priorities in order.

But if voting is not the way to fix the government, what is? In the next post I’ll talk about that. 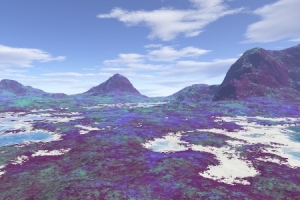