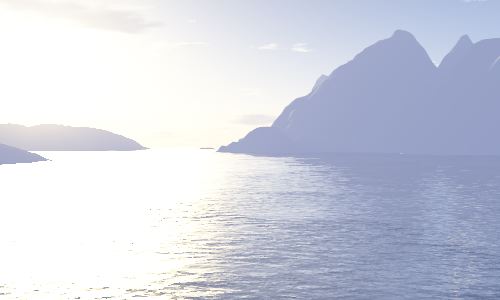 In the winter woods the world is all black and white, branches and trunks and twigs crosshatching against the sky and snow. Here there are edges and limits: the white polyhedra of sky with hard black wooden frames, the unambiguous snowline between earth and heaven, the icy and unyielding tree bark, the frozen water, even the mucus building up in my esophagus to reinforce the boundary between me and the chilled air. The woods are drawn with pure black ink on pure white paper.

We walk out, listening to the silence enclosing the small sounds of our boots in the snow and the little whispers of wind. At the top of the hill, we can see the lights of the homes and streets through the trees, a sea of city surrounding an island of park. We are going down into the woods to meditate and connect with the new moon, the new sun, and the new year.

This is the shape of a world at its birth: simplicity, edges, purity. At the beginning of the universe, mass and energy were one, and the four forces were united into a single field, in a cosmic egg of such primal simplicity that it had no size, shape, or duration. And now, with the rebirth of the small, weak sun, the world is reduced to frozen waste punctuated by isolated chunks of hibernating life, each huddled alone against the cold.

Loneliness may not be pleasant, but it is simple.

I began last year alone — or at least, as alone as I’d been for a long, long time. After being married-with-four-kids for ten years, I was separated and living by myself. Whole days would go by when I would not talk to another human being. Not that I’m complaining! In the silence of the lonely young winter I could hear myself again, and it turns out there were lots of things I’d been trying to tell myself for a decade.

I heard the calls, I followed them, and gradually, as spring came and summer flowered, the silence was filled — with the noises of losing my job, moving my house, negotiating ex-spouseship, and slowly, gently merging my life with another’s. As winter came and the world softly froze again, I found myself with a new home, a new job, a new state and city, and most importantly, a new partner. A partner I could be with, and yet still be with myself.

And so we lay new plans. Our new apartment is sparsely furnished, and she hasn’t moved all of her stuff in yet, so we walk from room to room and talk about where we’ll hang pictures and raise bookshelves. My new job is still shaky and uncertain, and money is tight, so we eat simple spare meals and talk of probabilities and contingencies and backup plans, filling the future with possibilities. And we still have our crazy dreams, so I think about what it would take to eat raw vegan and exercise every single day, and I plot the writing and marketing of a novel, while she hammers together a book on practical, pacifistic paganism; and we sketch ideas for meditations, videos, audio, articles, blog posts, poems…

We gesture at empty spaces outlined in black, and our minds fill them with impressionistic color.

I am silent. I don’t tell her the other secret: that she’s an angel, too.

Some of our plans will work out. Some won’t. Most will probably work themselves out in ways that we can’t foresee at all. All of it will be magnificent.

This is the shape of the world as it grows: buds grow and burst into blooms and leaves in sunlight; ice fractures into rushing floods; white skies scatter into bloody sunsets and bruised thunderstorms and watercolor-blue noons. Simplicity blossoms into complexity; black and white mix and fracture into a chaos of color; limitations shatter, laying bare eternity.

And then the slowly breathing Earth will begin inhaling again; and the complexity, chaos, and boundlessness will fade through the fall to browns and grays and at last to winter’s bare white and black.

We walk back; night has fallen. There are strange lights on the snow and half-recognized presences watching from the trees, and I can feel the young sun blazing in me, a seed of life wrenching the world back from the brink of frozen death. The great howling bellows of earth and sky breathes its riotous dance, while the eternal stars watch from their ebony bed.