I don’t usually have posts that do nothing but link elsewhere, but I couldn’t resist pointing you over to Ali’s latest, The Group of Twenty and the Mythology of the Market. Ali’s thesis is that myths are not just stories that our ancestors believed back when the human race was young and full of childlike innocence, but are alive and well today.  We don’t recognize them as myths because we think they’re true, and everyone knows that myths are false. Right?…

But if you step back and take a serious look, you can see that there are certain pervasive modern beliefs that have the same structure, function, and emotional punch that the myths of our ancestors did. They provide a meaningful worldview, giving our society a place in the universe, and holding up examples of heroes and villains to guide individuals toward ethical action.  They even have “gods” and “priests” and “prophets” and “blood sacrifices”, though they’re not called that any longer… 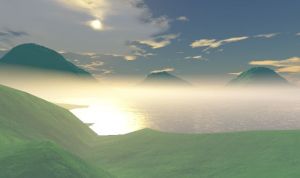